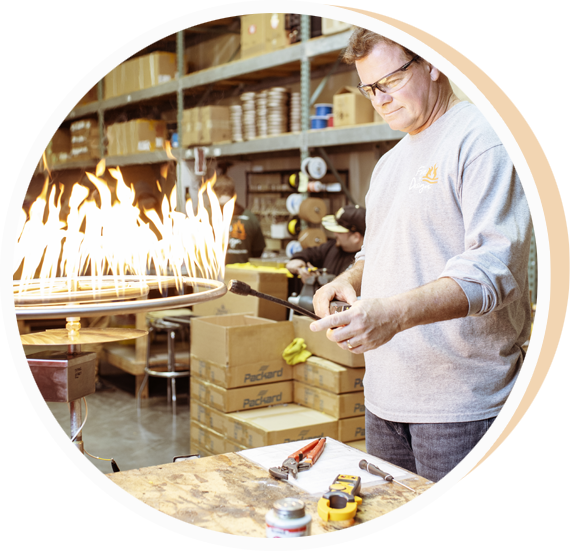 Fire by Design was founded by Bob Roman in 2005. During the early years, Bob did what all other companies offering Electronic Ignition systems did – he used components that were readily available, packaged them in such a way to make them ‘weatherproof’ and sold them for ‘outdoor use’. Shortly after experiencing problems with this first fire feature, Bob began searching for a better way to create automated fire for the outdoors.

In Fall 2009, Bob met with a local engineer adept at designing circuit boards and writing the code for the boards. Eight months later after a considerable investment in time, money, and effort, the All Weather Electronic Ignition System (AWEIS) was born. Though the original AWEIS was an excellent system, we have continued to refine and improve it. We are proud to say the AWEIS is considered the “Gold Standard” when compared to other systems on the market today and we remain committed to ongoing improvements to maximize customer satisfaction.

Questions are common, but our approach is not: We love to talk with our customers to answer questions and ensure they’re ordering what they truly need and want. From preorder to installation questions and product support, our team is here to assist.

“ The outdoor fire feature industry has grown leaps and bounds over the past 10 years and in my opinion there are no better automated ignition product available.
Reliable, simple to install and unmatched performance. ”

Monday-Friday:
8am to 4pm

Monday-Friday:
8am to 4pm 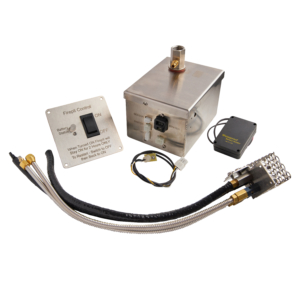 The Battery Powered Electric Ignition System was developed for use in portable Fire Pits and Fire Tables. With this system and a portable LP gas tank, you no longer need to invest in expensive gas lines and electrical wiring. After installed, a simple flip of a switch and your fire feature will ignite itself, monitor the flame, and relight itself if ever the flame goes out. 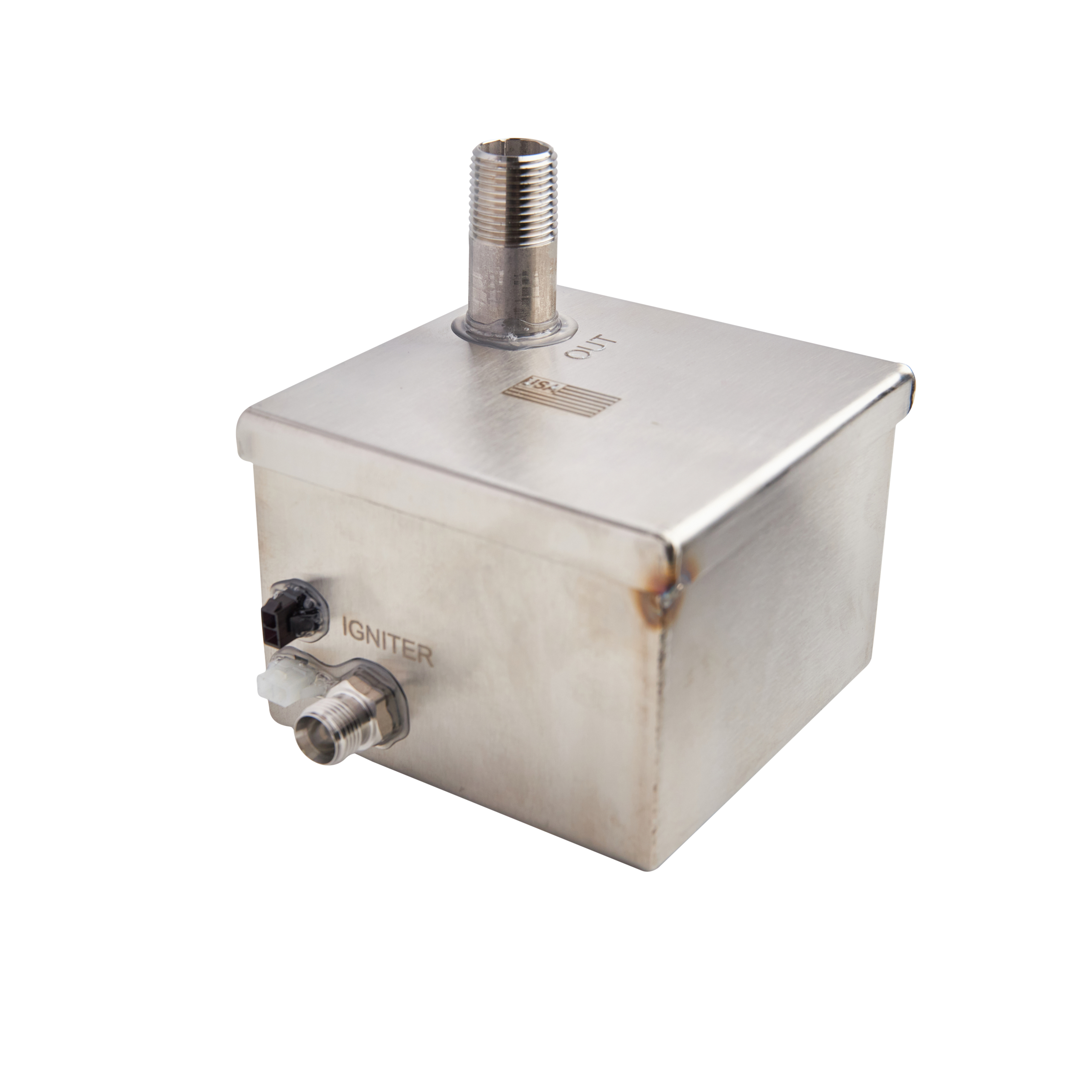 The Submersible Electronic Ignition System (SUBEIS) is the first and only Fire ON Water feature. Designed to be mounted submerged in the water with only the small Pilot Burner visible above the water surface. When in operation tiny gas bubbles drift to the surface of the water and ignite creating a magical flame that dances on the water surface. 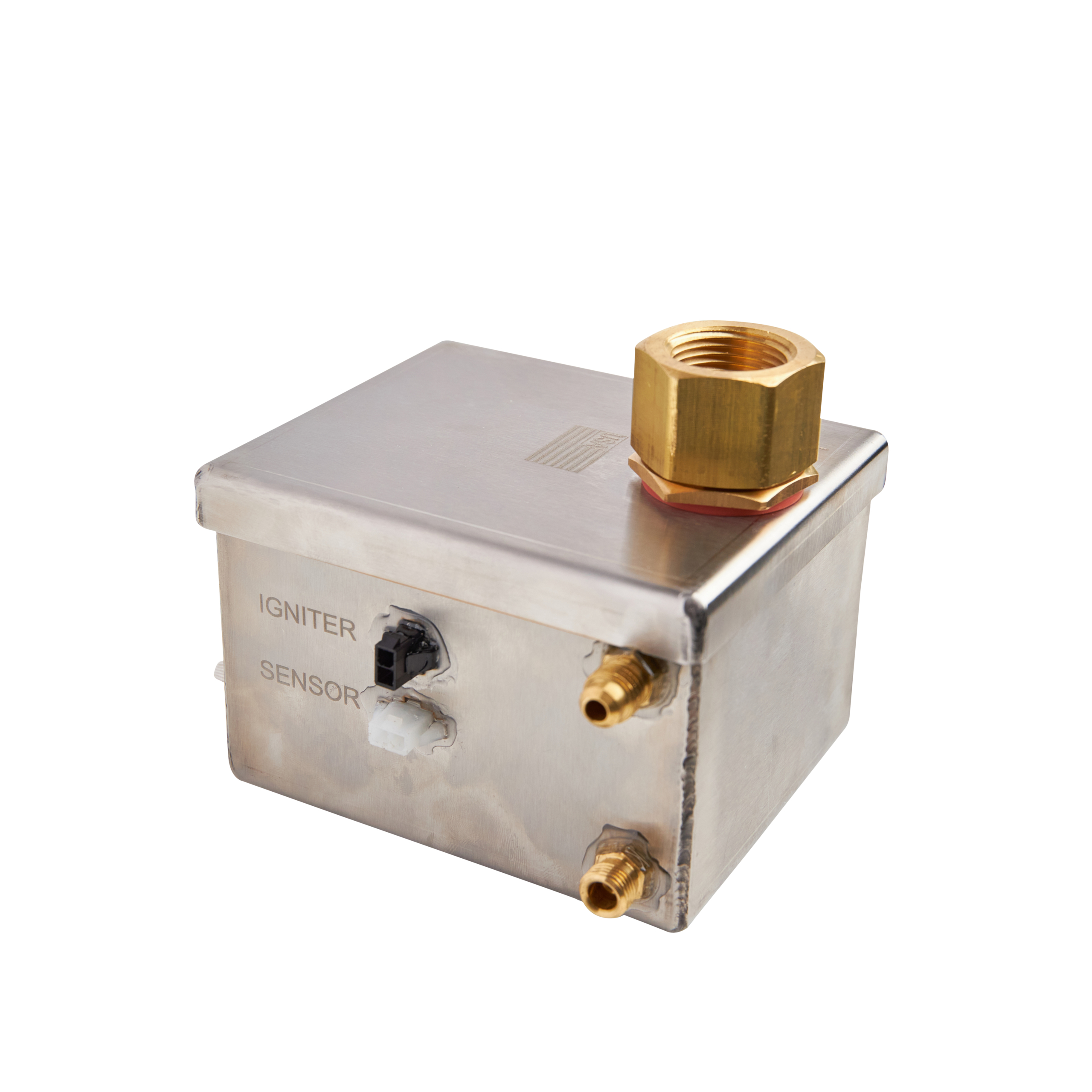 The AWEIS HC is a slightly larger version of the AWEIS SC in terms of physical dimension but delivers considerably more gas than its smaller counterpart.

With a maximum gas output of 512K Btu/hr – which is a very large amount of gas – it can be used in the larger fire features that require a considerable amount of gas to create the desired effect. 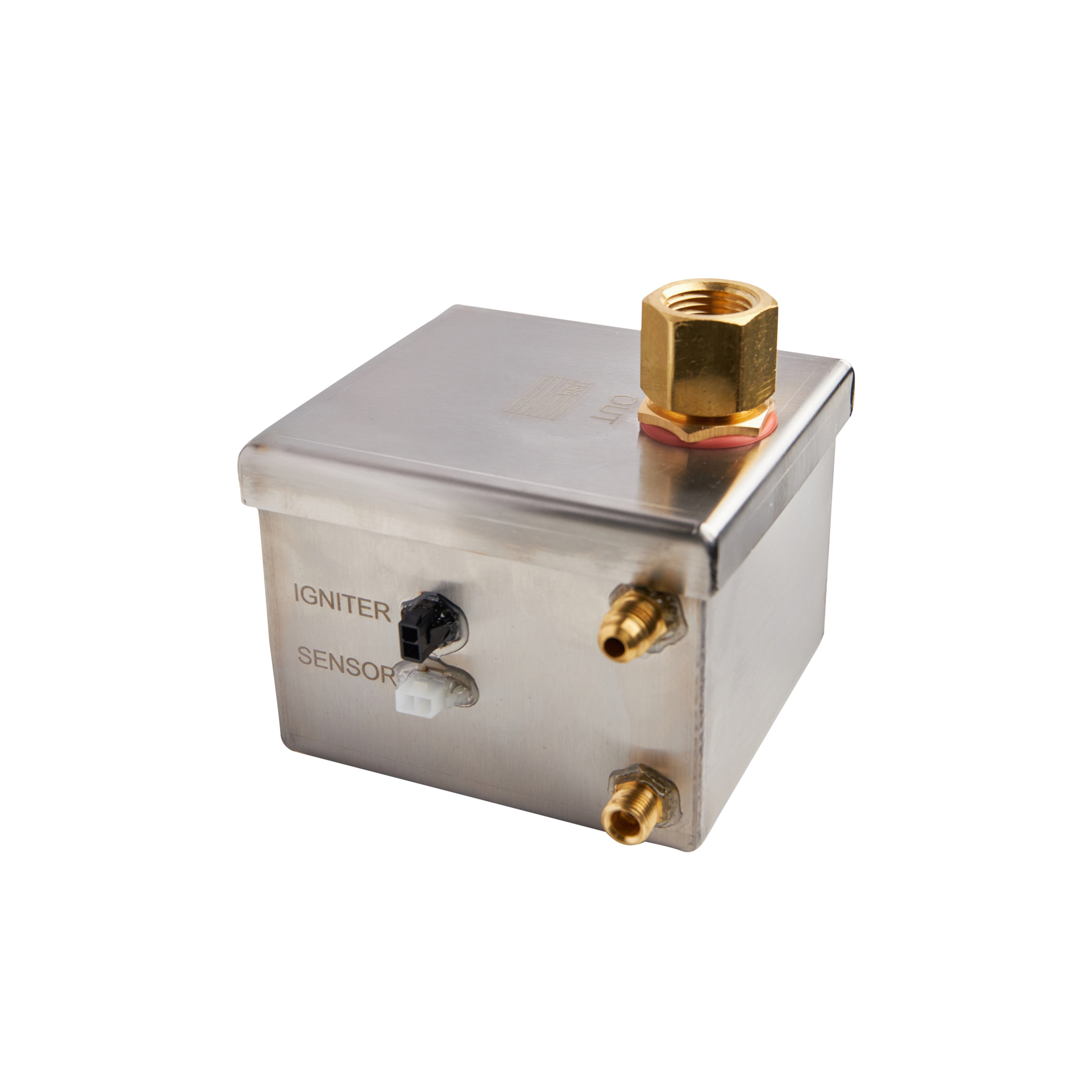 The AWEIS SC is the smallest Electronic Ignition System for use in Fire Bowls and Fire Pits on the market today. Its small size, especially in height makes it the perfect match for those features that do not have much room in the vertical.

With a maximum gas output of 290K Btu/hr – which is quite a large amount of gas – it can be used in most fire feature applications. For those features requiring even more gas we have the AWEIS High Capacity System. 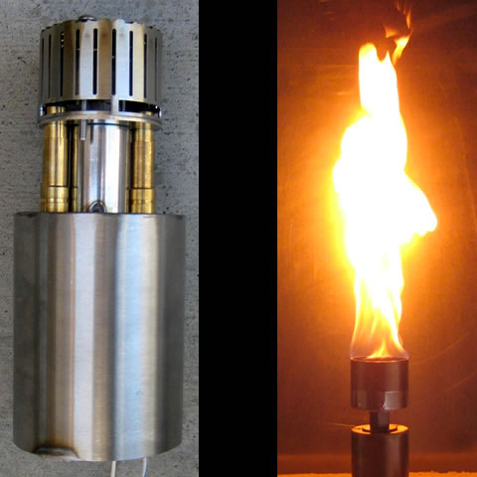 The Vulcan Fire Module is the smallest Electronic Ignition System on the market today. Its small size makes it perfect for those ‘very’ small fire features such as small bowls, rock crevices, or other cylinder-shaped fire features. The flame pattern the Vulcan emits is identical to our Tiki Torches as shown in the photo at right.